Home / All about Hungary 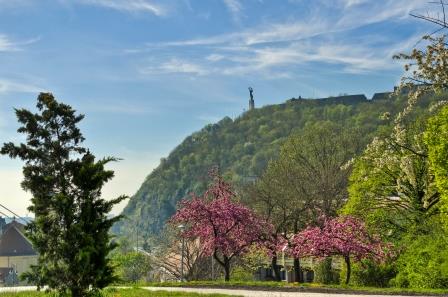 Hungary is a country at the heart of Europe, but it is certainly different in many ways. It has a wealth of culture and history, complemented by a language completely different from its neighbours. It can be said that ours is a land of great contrasts.

Hungary is landlocked like its neighbours Austria, Slovakia and Serbia though it still deserves the nickname "land of waters", as it holds the largest lake in Europe (Lake Balaton) and is crossed by mighty rivers which divide and define its regions. Even its capital city is split by the Danube River, with Buda on the Western side and Pest on the Eastern bank. As well as water to cool off in, Hungary can be the perfect place to keep warm, as it is located over a very active geo-thermic area and has over a thousand thermal water springs and the second largest thermal Lake in the world for bathing (Lake Hévíz). "Taking the waters" for relaxation or as clinical treatments, is an important part of the Hungarian culture.

Hungary is situated in the low, flat area of the Carpathian Basin, with a gently undulating landscape of hills and plains, and it features one of the largest continuous grasslands in Europe. Perhaps equaling these sights, are the wonders awaiting intrepid adventurers in the depths below the country. The very same elemental forces that brought about its thermal springs, also created hundreds of kilometres of limestone caves through erosion, a portion of which are navigable with guides and an even smaller portion  that have been fitted with paving and steps for organised tours.

Not only the landscape, but also the culture and the people of Hungary also show great variety Traditions and regional customs have developed in all aspects of everyday life from food to music and dance, and from clothing to decor. These lifestyles have been kept alive through the ages, though of course the modern world and all innovations in communication and conveniences are not lacking here. Larger cities and especially the capital, are powerhouses of new ideas in all aspects of business and even leisure. One example of this is the phenomenon of the wave of ruin bars that have brought vibrant youthful stylish nightlife out of urban stagnation.

Finally, while Hungary may seem so far from our everyday life, it is actually closer to the rest of Europe than one might think and can be reached in a variety of ways! Most international flights of conventional and budget airlines come to Budapest Liszt Ferenc Airport, just 30 minutes' drive from the capital. It is also just 3 hours' drive from Vienna, and even less by train. Budapest can even be visited as part of a Danube river cruise. As a member of the European Union since 2004, no specific visas are required for those arriving from within Shengen countries. It really is easy to experience the Hungarians' love for life!