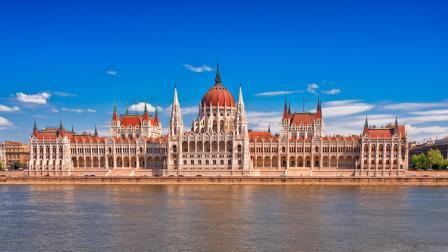 A booming hub in the heart of Central Europe, Hungary is one of the most-visited, culturally rich, and well-located countries on the old continent.

As a member of the European Union and the Schengen zone, Hungary is among the 30 most-visited destinations on the planet. It boasts a rich and diverse culture (everything from music and film to food and literature), a universal healthcare, and is perfectly located in the center of Europe.

While not large in terms of population (it has 10 million inhabitants) Hungary has a wealth of culture and history, complemented by a language so much different from its neighbors that almost no shared words exist! It can be said that ours is a land of great contrasts.

Hungary is landlocked like its neighbors Austria, Slovakia and Serbia though it still deserves the nickname "land of waters", as it holds the largest lake in Europe (Lake Balaton) and is crossed by mighty rivers which divide and define its regions. Even its capital city Budapest is split by the Danube River, with Buda on the Western side and Pest on the Eastern bank. As well as water to cool off in, Hungary can be the perfect place to keep warm, as it is located over a very active geo-thermic area and has over a thousand thermal water springs and the second largest thermal Lake in the world for bathing (Lake Hévíz). "Taking the waters" for relaxation or as clinical treatments, is an important part of the Hungarian culture.

Hungary is situated in the low, flat area of the Carpathian Basin, with a gently undulating landscape of hills and plains, and it features one of the largest continuous grasslands in Europe. Perhaps equaling these sights are the wonders awaiting intrepid adventurers in the depths below the country. The very same elemental forces that brought about its thermal springs, also created hundreds of kilometers of limestone caves through erosion, a portion of which are navigable with guides and an even smaller portion  that have been fitted with paving and steps for organized tours.

The fact that Hungary has the third highest road density in Europe after Belgium and the Netherlands is a significant competitive advantage. The total length of the Hungarian national public road network is close to 32,000 km including more than 1,680 km of expressways.

The Danube-Rhine-Main Canal and the Danube–Black Sea Canal connect Hungary to Rotterdam and Constanta via Western Europe’s industrial heartland.

The country has also an extensive railway network of 7,542 km. Scheduled block trains run to Europe’s main seaports. Záhony, the Hungarian border city plays a significant role in the East-West rail transport: this is where the European standard gauge railway network meets the eastern broad gauge system, and the transfer takes approximately 19 to 22 days to China.

Hungarian Chamber of Commerce and Industry